N-Map recently returned from an exciting trip to Mexico City, where we began to lay the groundwork for a new project with the MacArthur Foundation to innovate in the use of video and other new media in court documentation, advocacy, and implementation of domestic and international human rights laws.  As the Mexican criminal justice system undergoes a reform process planned to take place from 2008 – 2016, including new constitutional and legislative amendments that advocate for the rights of the accused, it is a particularly dynamic time to work in the country, and of critical importance to ensure that these reforms are met with compliance and not impunity.

While in Mexico, we met with numerous groups including various NGOs, technologists, and documentary filmmakers, exploring possibilities for partnership and learning about issues with the existing judicial system where we can have the greatest impact. For example, one of issues we learned about was the right to interpretation for indigenous defendants who do not speak Spanish. Among the worst stories shared with us was that of an indigenous man who spent 10 years in prison beyond his sentence because he did not understand that he had been freed.  Had the community been aware of this case, and motivated to help, years of the inmate’s life might have been saved.

The groups we met with are doing impressive work in the legal, advocacy and film spheres, but few are connecting them effectively. All of the groups expressed great interest and enthusiasm to harness the power of media and video to maximize the impact of their advocacy during this transitional period. N-Map’s unique work connecting public advocacy with targeted legal advocacy through video and other medium are what we found—and what we were told—is most in need to end impunity in Mexico.

The energy of our meetings has left us inspired and eager to begin delving into the opportunities to support human rights and social justice in Mexico. Stay tuned for updates on new projects and partnerships!

Find out more about our potential partners: 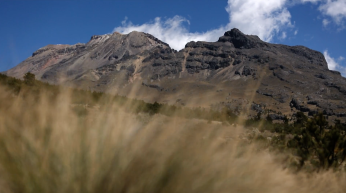